I don’t know why the mainstream media hasn’t covered this more, but Windows 8 isn’t just Microsoft’s big new Operating System that is going to somehow change the way we think about computing, it’s also now an advertising platform designed to sell you, the user.

There hasn’t been that much coverage on this, but Microsoft is heavily pushing their new advertising platform which just happens to be the OS that you paid for. This isn’t really widely used yet, but the effects are already obvious in many of the bundled Metro UI applications already displaying ads. 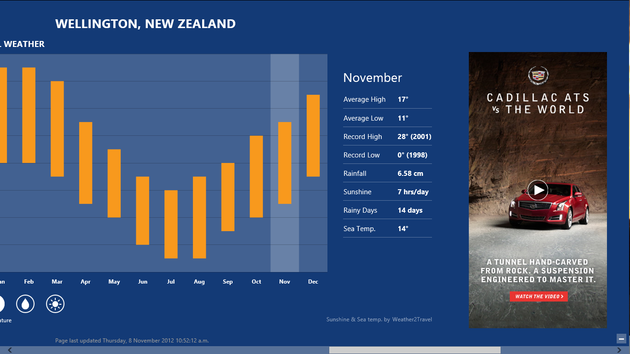 But what does that mean for me?! #

Well, this isn’t the first time that Microsoft has shown ads to users that actually pay for their services. Last year, when Microsoft launched their new dashboard for the Xbox 360, ads were in tow. Many thought they would disappear if you subscribed to Xbox Live (you know, an additional cost of $10/month) but nope, they don’t disappear at all.

Now, I don’t know about you, but I don’t feel great having paid to buy an Xbox 360 and then paying monthly to play games online and still having advertising shoved in my face. It doesn’t seem right, nor is it fair, but it still happens.

The future is ads # 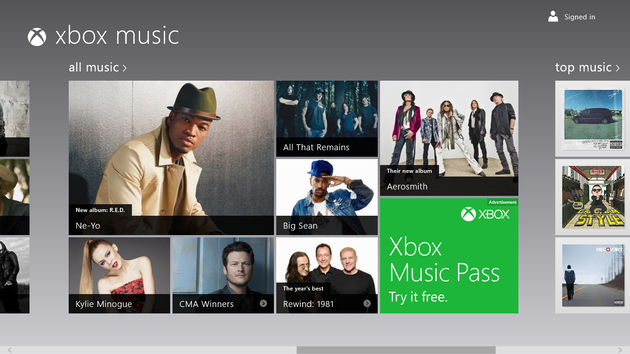 Unfortunately, this is only the beginning of this story too. Right now, Microsoft’s official applications have some basic advertising in them, but I’m worried about what comes next. Ads while I send email? When I’m searching my files? There needs to be a way to turn this off.

I suspect this move could be a sort of test for the company, with them thinking that perhaps at a later date Windows could become a freemium model, or discounted by advertising. They would – in theory – be able to make the OS completely free, thus dominating the desktop space in a perpetual manner.

Either way, I don’t like the future. Advertising is already shoved in our faces in things that we’ve paid the full price for, with no way to remove them and across every medium we interact with daily. We can’t get away from it, and now, it’s fundamentally on every device you use, every day.

It’s easy to fix. Let us opt out. Give us an option to pay our way out of the advertising. Amazon did it when they were blasted over the new Kindle, so follow their lead. Be the good guys.

Do you want to be the product being sold? You decide.

P.S - I’d be curious to know whether or not this bothers everyone else. Flick me a mention @findingnewo.

You are not special.

Our whole lives, we’re told we’re special. That we have something that nobody else has. That we’re the smartest kid in class. The handsomest boy in the school. We’re conditioned into thinking that the world is ours and that we deserve to... Continue →