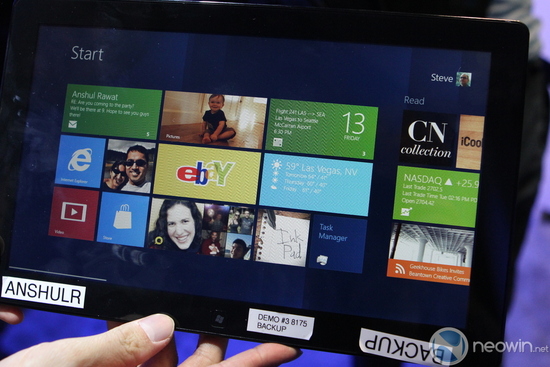 Microsoft has a bad habit of releasing an OS to the world – like Windows Vista – that’s rushed and not polished, just to meet deadlines. Vista would be the prime example of a “half-done” operating system that was directly improved on by a later iteration, Windows 7.

When Windows 8 was released, it was met with harsh criticism from those in the news business as well as the technology industry. Early reviews of Windows 8 slated the OS for having many missing features, inconsistencies and general “odd” usability issues. Here’s a handful of examples:

It’s easy to find things that are wrong with Modern (which was called Metro in developer and early versions). For example, there are no overlapping windows, and there’s simply no way to put three or four applications on a single screen at the same time—even if your work space has a screen that’s 27 inches across. Windows 8 largely eliminates menus—the product of more than 40 years of usability research—and introduces a new system of touch-based text labels and controls that are frequently hidden and obscure. The interface is sparse—applications like e-mail and the address book now present far too little information on the screen, resulting in the need to frequently pan and scroll.

Windows 8’s Snap lets you position two apps — desktop or Windows 8-style — alongside each other. Unfortunately, the Snap view is rather limited, with one app occupying a small amount of screen real estate (320 px) and the other taking the majority of the pixels available.

While Metro comes with a number of options to prettify your PC, know that its settings are a wee bit more buried than your average Control Panel—and they aren’t even accessible via the Control Panel.

The sad, somewhat predictable truth is that the fundamental act of moving a file from one folder to another—the drag-and-drop action that was probably one of the first three things you learned to do on a computer—is kind of terrible in Metro.

These are just a handful of examples that talk to some of the issues Windows 8 faced at launch. There’s a bunch of other ones I haven’t quoted here either: the lack of a Modern-style control panel, no Modern-style Office suite (I still can’t believe this one), the total disconnect between desktop and Modern UI, generic share commands and the over-simplification of basic system tasks.

It bewilders me as to why Microsoft would dumb down fundamental features like Bluetooth or even completely ignore adding functionality for dealing with system settings in the gold release of Windows 8, but it seems that it simply comes down to a lack of time. Windows 8 needed to be out by the holiday season of 2012. They cut functionality and dumbed down features to deliver it on time.

Now that we’ve got our first glimpse of Windows Blue, it’s telling that Microsoft knew what was missing from day one and that they’ve taken on the criticism from the world. Keeping in mind that Blue is a very early preview (and is very unofficial) of whatever we’re going to see later this year, the leak that we’ve got gives us a glimpse at how Microsoft is going to proceed with what they started. 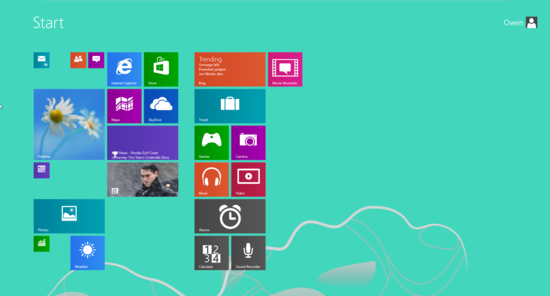 The first thing that’s been addressed is the odd disconnect between Windows 8 and Windows Phone 8 that happened at launch, despite the fact that the Windows Phone team’s designs were public for some time before Windows 8 came out. Windows Phone had the ability to have large, medium and small tiles. Windows 8 had large and medium. Despite the plans being public, the Windows 8 team didn’t seem to pick up on this before release.

You can now align tile sizes with those on a Windows Phone. Maybe not a big deal, but a consistent experience across platforms is key here and it’s important that Microsoft gives a consistent interface across their offerings. Microsoft was never good with consistency previously, perhaps they’ve turned over a new leaf. 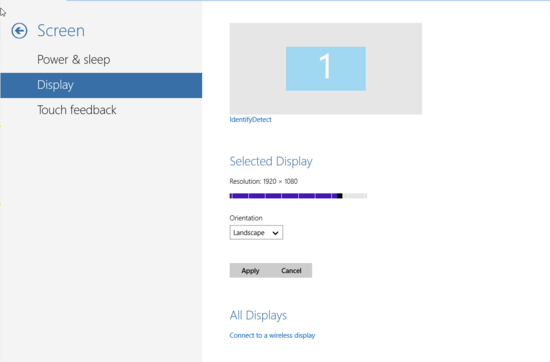 Secondly, Microsoft has dealt with the watered down Modern control panel. You can finally delve into the settings of your Bluetooth devices and configure them (amongst other things). Those who live in tablet world no longer have to deal with dropping out of their dream into the desktop to change settings in the old control panel. Almost every system setting imaginable is now configurable from here. 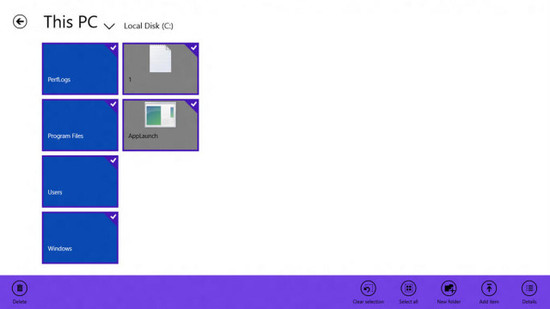 Next, a file manager has been added for the Modern interface (something that users moaned about a lot) so that it’s possible to actually deal with files from the Modern UI rather than having to switch back to the desktop mode and poke at tiny controls to manage. 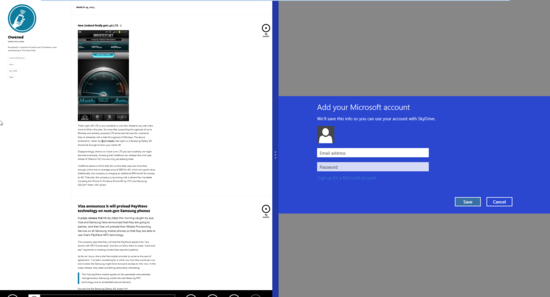 Microsoft even dealt with complaints from users about being unable to run applications at any ratio other than 20%/80% of the screen per app. It’s possible to resize an application to any ratio a user likes in Windows Blue. It’s actually taken one step further, though, allowing users to add a third and even fourth application to the Modern interface split view without issue (on a big screen, you can add as many as you like). 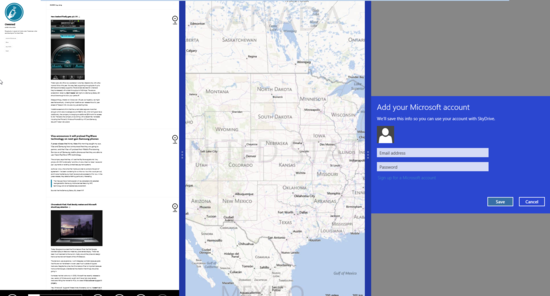 From the developers I talked to about this, the consensus was that this could create mayhem for those that chose to wrote XAML applications instead of HTML5 applications, as the HTML5 applications tend to be able to handle display scaling better. It could be interesting to see how this is handled by the community once it’s official.

Office isn’t included in the leaked build, but I desperately hope that Microsoft has a Modern UI version of it ready by the time Blue hits the street. It needs it, and this rounding out of the OS actually just shows how desperately the company needs to complete that part of the picture.

The Modern UI is the path forward; it’s clear from Windows Blue’s leak (so far) that there’s little focus on the desktop experience. There’s a few small changes that are barely observable by the user, such as the “libraries” now showing up in My Computer.

Windows Blue shows that Microsoft is sticking with their guns and that Windows 8 needed improvement. It was the basic form of what’s to come and this functionality should have been there from the start but wasn’t. Perhaps if the company had waited to release the product and baked these features in from the beginning it might have won consumers over even faster. Apple is renowned for taking as long as it takes for their features to become fully baked, even if it means delivering late. Microsoft still hasn’t learnt that trick, but it doesn’t matter anymore.

Blue is coming and it completes the picture of where we’re going with Windows. I hope this upgrade doesn’t have a price tag attached.

I’ve been somewhat of a advocate for Windows 8, a person who enjoys it for the most part on the desktop because of various improvements but hasn’t found Metro as “inspiring” as Microsoft claims it to be. Over the last few weeks, I’ve... Continue →