There’s a new fad here in New Zealand, and it’s one generated by no more than a soft drink company. It’s personalized Coke bottles. I kid you not. 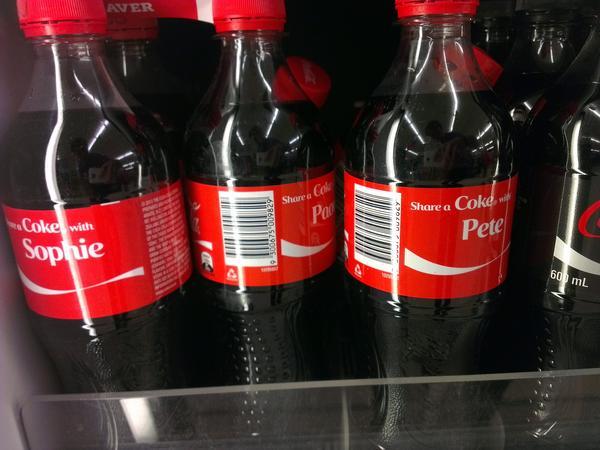 Not only is this the most stupid, frustrating marketing campaign ever, it’s also sheer genius. My Facebook feed, for the last two weeks since this idea was silently launched to market has literally been inundated with my friends pulling duckfaces next to a bottle of drink with their name on it.

It’s actually insanely genius, and the comments endlessly consist of “WHERE CAN I GET ONE?!” Apparently Coca-Cola did this a year ago over in Australia, but I didn’t hear of any major social media impact due to that. As well as three rounds of “generalized” names with a fluttering of rare names, they did generic relationship bottles like “sister” and “boss” there; here in New Zealand they’re doing “mate” and “friend” too.

Oh, and can’t find your name? Better start nominating it to be made into a bottle for stores to sell. That post on Facebook has thousands of people begging for their name on a bottle. No luck there? Well, luckily for you they’re personalizing them in store too.

Whilst I hope this doesn’t go on forever (you can’t get a bottle without a name on it right now, nor does my Facebook feed ever have a moment without someone publishing a picture of them), I wonder if they had even anticipated how well this would go. 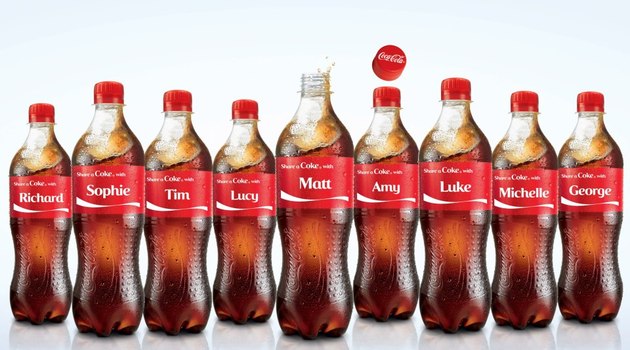