Why can’t Microsoft get their products right on the first try? 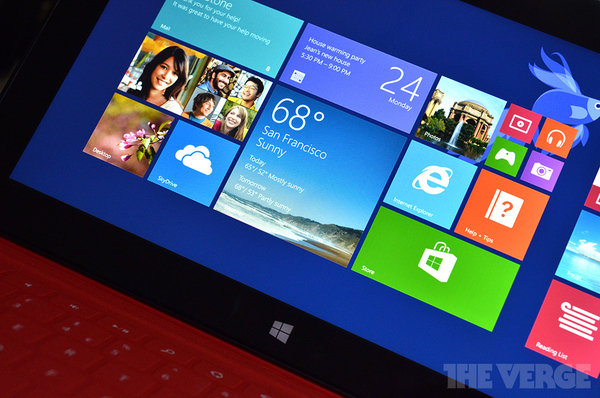 When we take a look at various products across the company this seems to be quite true. For example, Windows Phone 7:

This isn’t limited to Windows Phone, either. This happens on the software side of Microsoft too:

The trend seems to occur over and over and over. I get it, it’s an iterative way of designing software and hardware. Ship the product, learn from your mistakes and do it better. But, many of these problems seem to be issues that Microsoft should have been able to see coming.

The same issues have plagued almost every release of a Microsoft product in recent memory. The company rushes a product from development to release to meet some sort of arbitrary release date and leaves out key functionality. The biggest problem this creates for Microsoft is a perception problem.

It’s already hard enough trying to be cool again, as Microsoft is desperately trying to be, but when key functionality or features are missing, customers are unforgiving. If your OS is missing a key piece of functionality and customers know about it, they’ll write the product off as being not good enough. It doesn’t matter if you release an update that makes it better, the customers already consider the product to be sub-par.

Windows 8.1 brings great features to a platform that was part-way there, but it doesn’t change the perception that it’s not good enough. You’ve already lost them, they’re not going to wait around for the situation to maybe get better. As far as potential customers are concerned, Windows 8 didn’t fit their needs.

What kind of update would we be getting right now if Microsoft had taken their time, pushed out the release a little to allow these features to be in the shipping build and nailed it on day one. Perhaps we’d be looking at actual new innovation; features we don’t see on any other platforms?

It’s unfortunate, because this attitude seems to have reached the Microsoft hardware department too. The company trumpeted ‘always connected’ and ‘always online’ abilities of Windows 8 but failed to even include a 3G/LTE card slot on their own Surface products.

It’s easy enough to argue that the iPhone 1, for example, shipped without many features we have today as they were added over time, but Apple at the time were creating their own market. The popular phones were the kind that flipped and slid open, or had a stylus. Microsoft is executing the same strategy – release now, fix later – that their competitors use but they’re five steps behind the rest.

The company seems to understand the need of consumers but aren’t able to actually deliver what it needs to immediately as it’s ultimately perceived as being able to be done in a later revision. Their competitors are outpacing them because the company is too slow to market and aren’t anywhere near hitting the mark it needs to when it releases the product and the opportunity is lost.

I wonder about a world where Microsoft ignores the fact that it supposedly need to ship their products by the holiday season and actually get them 100% right first.

Get feature parity – include everything that needs to be included – so that instead of just adding what should have been there before in over the next year it can focus on actual innovation. Doing groundbreaking things. Because right now, it’s still behind the pack.

Iteration is completely reasonable – if you’re the leader – otherwise you need to step up the game and get a home run on the first try.

Got something to say? Discuss over on Hacker News.

Wellington, New Zealand is underrated. Do this cool stuff.

A reader of my blog recently wrote to me and asked what there is to do in Wellington (the city I live in), and I had this sort of realization that people must have a hard time finding all the cool stuff that I’ve found in my city. So, I’... Continue →