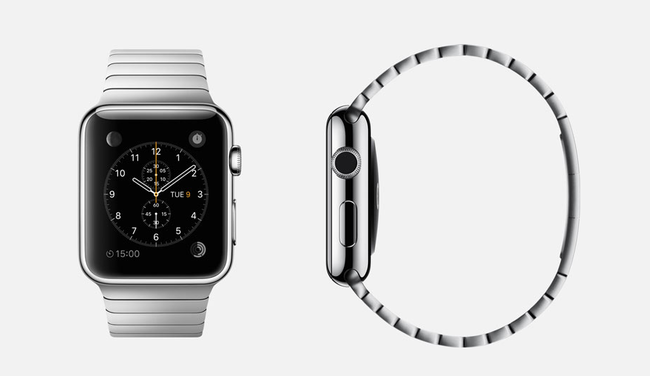 “People don’t know what they want until you show it to them.”
― Steve Jobs

Yesterday, Apple unveiled a Watch. It’s incredibly well designed and thought out compared to anything we’ve seen on the market so far, but people are having a hard time understanding how this is a big deal.

Lots have reacted saying they don’t believe it has a market, it doesn’t look good, it’s worse than the devices that are already out there, it doesn’t make any sense, people are “disappointed”, etc.

The reactions to the new device are eerily similar to when Apple unveiled the first iPod in 2001. Commenters were disappointed. They thought it was too expensive. And Apple went on to sell millions of iPods.

When something that has a chance to change the way we think about devices/interactions comes along, people tend to have a hard time understanding it. People react negatively, in a passionate way.

The Apple Watch will be huge, in time, but right now people are in the ‘don’t get it’ phase. Such a device is deeply personal; something that people care about and are proud to own. This is exactly how Apple is positioning the device and is similar to how people feel about their iPhones. But right now, the proposition of a Watch is confusing to them.

I found the concept of wearing a smart watch upsetting until I actually tried one. I suspect this will be the case for many people. Yes, Apple’s Watch is not perfect. But it’s closer to it than anyone else has gotten.

It’s also best to keep in mind that many of the folks you see online writing about these devices are not the target market. The target market is non-techies.

Don’t make knee jerk reactions to this thing, because you’ll look stupid in a few years when you actually end up with one of these. Many people misjudge something that can totally disrupt a market as “dumb” or a “gimmick” but if you look carefully, it may change the way we think about things.

Here’s my thoughts on the device:

Why I won’t be buying the iPhone 5