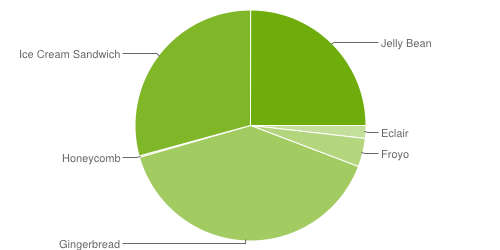 This morning, an update for the Google Search application on iOS was released by Google and along with it came Google Now. The predictive search feature has been available on Android for just under a year, but in that time, it’s only been able to reach a peak of 25% of all Android devices.

Unfortunately for Google they’ve had a fragmentation problem since the beginning of time with Android, making it hard to reach users when a new service is only available for Jellybean (4.1+). By releasing on iOS, they’ve effectively made the service available for up to 500 Million devices on day one.

Comparing that to Android shows a sad state of affairs. Eric Schmidt said late last year that there were around 480 Million Android devices out there at the time, meaning that if we assumed those numbers were current and Jellybean made up 25% of that install base, Google Now only had potential to reach 120 Million customers. It’s still a high number, but Google’s managed to potentially quadruple that install base in a single day.

It’s sad that Android is still plagued by issues with fragmentation and I’m not sure it’ll ever be fixed, which makes iOS much more appealing than their own mobile OS to a company like Google who needs as many eyeballs as it can get.

There’s a PayPal scam going around on Twitter at the moment that claims to be offering money to those that retweet a tweet: First 10k people to retweet get 1k each, fuck my dad and his manufacturing company. pic.twitter.com/LBA0AL52aJ— ㅤ... Continue →