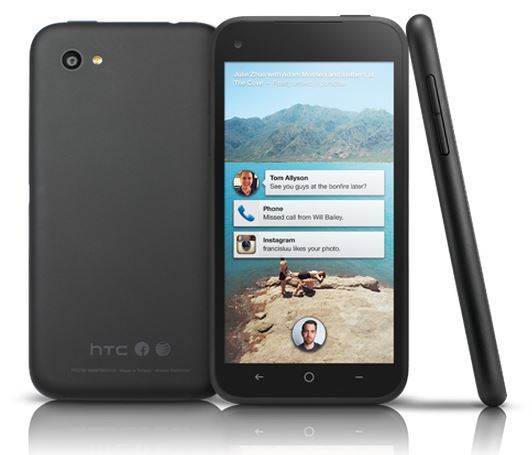 As expected when something interesting is released, the posts begin to roll in about how it’s a failure. We’ve already got a ton of articles with titles like “steer clear of Facebook Home”, “Facebook Home suffering from poor Google Play reviews” and in traditional Forbes fashion “Why The Facebook Phone Will Fail and Why It Really Doesn’t Matter.”

I sometimes wish the media wasn’t so quick to jump to conclusions. Yes, historically a Facebook phone hasn’t panned out well. Yes, Microsoft apparently thinks they already did that. The thing about all of this is that none of these people are the target market.

If we look at this from the perspective of the Android community then yes, Facebook Home is a stupid idea because it dumbs down Android. But, for everyone else out there that doesn’t care about tinkering with their phone it’s perfect. There’s nothing to it, just scroll through your feed and interact or send a text. You’ve got the capability to install Android applications if you want and that’s a bonus, but the two big parts of many potential buyer’s life is front and center.

Those potential buyers? Teenagers. Young adults. The Facebook generation that is stuck interacting 24/7. They’re sharing as soon as they wake up and go to sleep. This market doesn’t like making phone calls. One of the biggest criticisms of Facebook Home is that it makes other apps hard to reach. I agree, but the teenagers I know really only use Facebook and SMS anyway.

Facebook Home isn’t targeted at those who go and manually download it from the Play Store. The application has bad reviews because it’s never It’s not destined for any member of the Android community or even those who currently use a smartphone. It’s targeted at a new generation of young people who don’t actually use their phone as a phone anymore. It’s intended as a preinstalled experience that some will intentionally seek to buy.

Instead of declaring Facebook Home “dead” by our standards, let’s wait to see how the HTC First does in the market. That’ll speak much louder than existing Android users.

A $99 phone that does 100% of what teenagers need is better for parents who might have otherwise been buying them an iPhone.